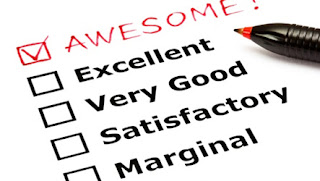 I’ve had some requests to provide some additional insights in my theory of Boundaryless service and how this can improve the service levels of an organization’s HR department.

My original Boundaryless Blog focused on both horizontal and vertical Boundaryless behavior. To provide additional clarification, I will now break this into two separate blog posts, one on each of the Boundaryless directions.

WHAT IS BOUNDARYLESS SERVICE?
Simply stated, Boundaryless is a commitment within the HR team that they will serve immediately, and at any level in the organization. Boundaryless doesn’t change accountabilities, but it does dismantle territorialism.

If a human resource team can embrace operating in a boundaryless way, service levels will reach a new high and organizational support and confidence in the HR team will greatly increase.

WHAT DOES IT REQUIRE?
Vertical Boundaryless service requires the HR leaders and managers to check their egos at the door, and recognize and respect that as service levels increase, we will win as a team.

It also requires that territorialism and possessive behaviors soften to allow service to occur as it is most convenient for the organization, rather than fully restricted to traditional channels.

Vertical Boundaryless service is much harder to execute than Horizontal Boundaryless service (see prior blog) due to natural insecurities related to comparing ourselves with others. In fact, I believe that most HR leaders are unwilling to embrace this concept fully, relying on more traditional boundaries established by organizations (i.e. ‘my role is to serve the executive team, CEO and Board. Anyone needing to interact with that group should check with me first.’)

There are two key commitments that must be in place for Vertical Boundaryless Service to work within an organization.

A simple example I use to teach this is the following scenario:

Inform Second
The HRBP keeps the VP of HR informed of the CMO’s activities, requests and needs in regular weekly meetings.

In this way, the CMO was immediately served, her needs addressed, and accountabilities were respected!

A NEW WAY OF DOING BUSINESS
Human resource professionals committed to Boundaryless service will check their egos at the door and recognize that the whole HR team is working towards the same objectives, and that multiple resources are always greater than just one. Territorialism, internal competitiveness and department segmentation mentalities have got to take a back seat to the customer service commitment.

For example, a good HR leader will celebrate when a business partner is seen meeting with the CEO or one of her peers. A good HR team member will react only positively when one of their internal customers is seen meeting with another member of the HR team. Gone are the days of “Don’t speak with my boss without coming to me first.” Let’s be done with “Why is she always meeting with members of ‘my’ department?”

How does this improve service levels? With everyone in the department committed to immediately satisfying organizational needs, and throwing all available resources at any need, chances are that issues will be resolved quicker, in a less bureaucratic way. Thus, service is expedited, the employee experience is improved and the organization is better served.

HOW MIGHT THIS FAIL?
In my opinion, the greatest risk to Vertical Boundaryless Service is when information isn’t relayed appropriately. HR Business Partners, one of your primary goals is to make sure that your VP of HR is never surprised. That is a sure sign that the “Inform” portion of this simple equation isn’t adequately performing.

It will also fail when someone feels their territories have been infringed upon, or get impressions that others are becoming ‘more popular’ in the organization. These short-sighted and self-centered behaviors often prevent this superior service from ever occurring in even the greatest of companies.

To bring the service levels of your HR team to the next level, let’s tear down some walls! Let’s open doors and truly work together as a team. Let our commitments be to promptly resolving concerns and solving problems with all of our resources. Let’s set clear objectives and respect accountabilities but embrace each other’s help in achieving our organization’s goals and raising the service level (and reputation) of our HR department. 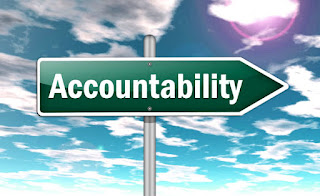 When things go wrong in an organization, people see very quickly what the leader is made of. Leaders are generally given the benefit of the doubt when things are going well and the assumption is that the leader created those successes.
There’s an interesting change in mindset of the organization when things are going poorly. The organization often doesn’t immediately fault the leader, but looks to the leader to proclaim what the source of the problem might be.
How a leader responds when results are poor is a great test of her character. A good leader will remember that accountability flows uphill, while credit flows downhill.
Judge Smails, from the classic golf movie Caddyshack shared a witty poem about this leadership attitude: “It's easy to grin When your ship comes in And you've got the stock market beat. But the man worthwhile, Is the man who can smile, When his shorts are too tight in the seat.”
ACCOUNTABILITY FLOWS UPHILL Here’s a few stories that illustrate this concept rather we…
Read more 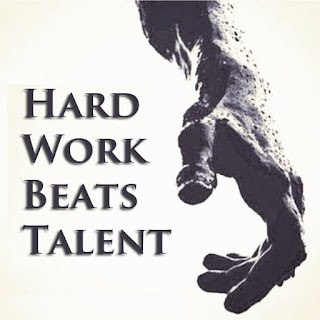 By: Rod Lacey, Sunstone HR
I have always been convinced that hard work wins. I believe that each of us falls short of perfection, even in our areas of specialty, but generally speaking, he who works the hardest tends to come out ahead. It's the will, not the skill.
Having had accountabilities for large employee bases throughout my career, I’ve had countless discussions with company leaders about talent. Without exception, effort and energy (aka ‘hard work’) is a critical point of differentiation between ‘champs’ and ‘chumps’. Even if there’s a gap in an employee’s current performance, having a reputation as a hard worker seems to magically fill that void.
WHAT ABOUT THOSE THAT ARE GIFTED? Given the choice to be regarded as ‘gifted’ or a ‘hard worker’, my preference would be known as the latter. That may be because I’m not a natural, or gifted at much and have had to work hard for everything I’ve achieved. It may also be because that’s the example my father set for me. Whatever it is,…
Read more

Human Resources: Before You Aspire To A 'Seat At The Table' 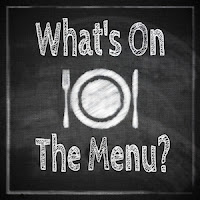 "Before you aspire to sit at the executive table, please confirm that you like what’s on the menu!"

I was involved in an acquisition of an organization in southern Switzerland. Stories from the executives first exploring the purchase described the lakeside city of Lugano, on the border of Italy. Not only did the location sound beautiful (palm trees?!) but they also described these incredible multi-course feasts that lasted for hours!
When it was finally my turn to visit Lugano and meet my HR team there, I was excited to experience first-hand the amazing feasts that had been discussed. There’s no doubt that my first and second night meals lived up to the descriptions! The food was a blend of Switzerland and Italy, and the courses just kept coming . . .
It would have been a foodie’s dream, but it was a nightmare for me. For someone like me, who is lactose intolerant, the never-ending cheeses and cream sauces de…
Read more